Posted on April 30, 2016 by ButterSugarFlowers

I recently whipped up a batch of my hearty mac & cheese, complete with a buttery roux, three kinds of cheese, and toasty breadcrumbs on top. When gathering the ingredients, I happened to pass the smoked paprika in the spice aisle, and I grabbed a bottle on a whim, confident that a scoop would add a nice kick to my decadent dinner. While this inkling proved true, I didn’t stop there. An open bottle of smoky spice on my counter, and the idea of using it in sweets was quickly born. 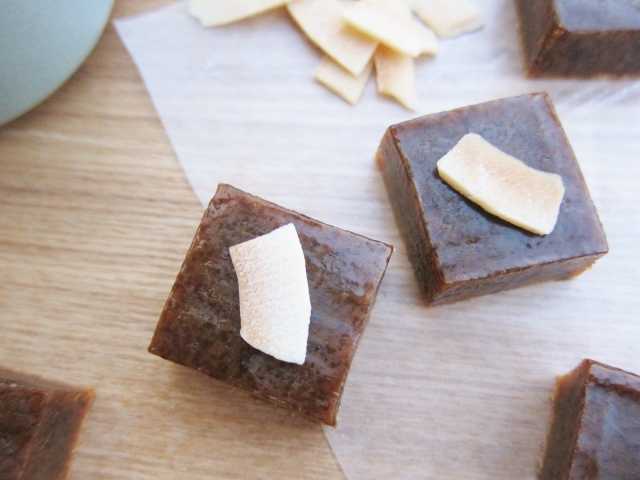 I had a hunch that the paprika — with its rich smoke and bit of bitterness — would pair nicely with homemade caramel, whose burnt sugar base often echoes these same qualities. (Besides, what did I have to lose, since even Dijon had proved so magnificent?) And I once again reached for an array of coconut products — its toasty chips, its pearly milk and oil, its sandy amber sugar — along with maple syrup, vanilla and salt. The result is a mouthwatering, rich, chewy candy with an addictive hint of smoke. 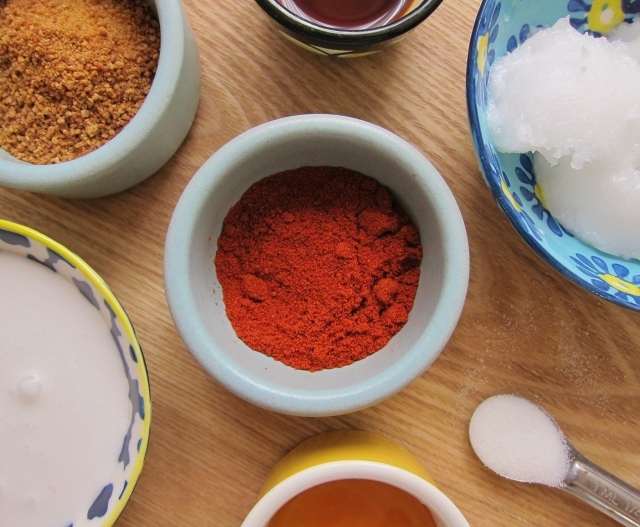 Lay a piece of parchment inside a 9×5″ loaf pan, with plenty of overhang along the longer edges. Lightly grease the inside of the pan as well as the parchment. Set nearby. Measure out 6 tablespoons coconut oil, preferably in solid state, and leave nearby. Fit a small-to-medium saucepan with a candy thermometer; set aside. You’ll also need another, smaller saucepan with a lid; set nearby. 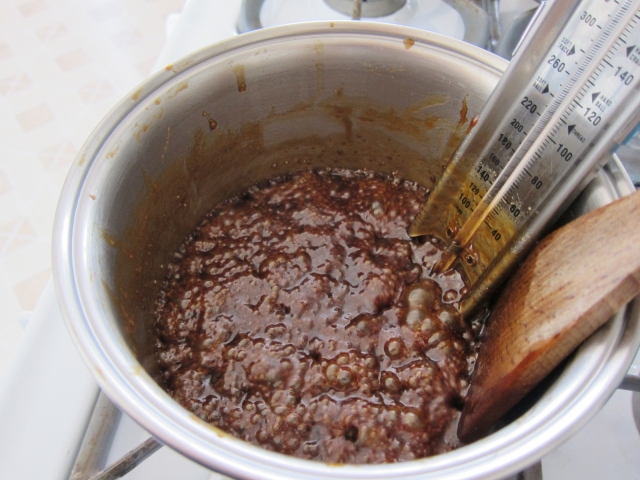 Open the can of coconut milk and whisk well, until consistency is even (to do so, you may have to heat it gently or bring it to room temperature if it’s very solid/cold). Measure out 3/4 cup coconut milk and place it in the smaller saucepan without the thermometer. Mix in the vanilla, salt, smoked paprika, and water. Bring to a steady simmer, stirring occasionally. As soon as the mixture bubbles up, turn heat off and cover with lid.

Meanwhile, place coconut sugar and maple syrup in the slightly larger saucepan fitted with the thermometer. Heat, and use a heatproof utensil to stir occasionally and very gently (avoid splashing), just until thermometer reaches 245 F. Turn off heat and quickly add the heated coconut milk mixture (beware: the hot mixture may froth up). Stir in the coconut oil in 3 or 4 portions, mixing each until completely melted. 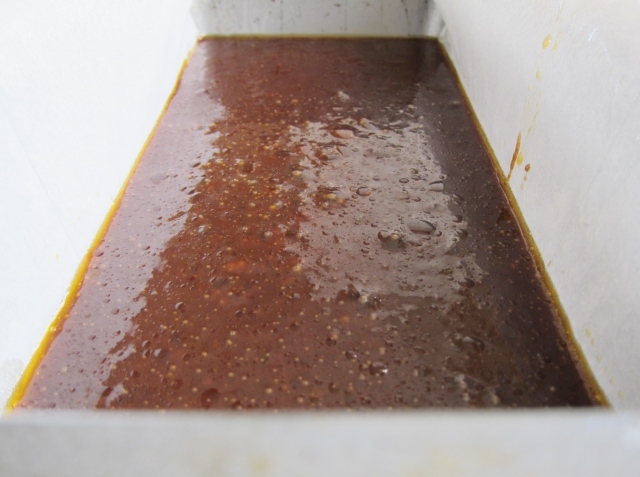 Turn heat to medium, and stir occasionally, letting the spoon touch the bottom of the pan to avoid burning. Let boil until mixture reaches 245 F again (this can take several minutes), then quickly pour into prepared loaf pan. Let sit at room temperature to cool until firm. (If top is very oily, you may opt to dab it with a clean, lint-free tea towel.) Place in fridge for at least an hour to firm up for slicing. While caramels chill, cut out 32 pieces of wax or parchment paper, about 3 by 4 inches a piece.

When ready to cut the chilled caramels, run a knife along the short edges of the pan, then use the parchment to lift the caramel slab. Invert on cutting board and carefully remove parchment. Cut into 32 caramels (a 4 by 8 grid); I find it easiest to cut the slab into quarters, then eighths, finally cutting each eighth into four. Top each caramel with a toasted coconut chip, then wrap with wax paper, twisting at ends.

NOTE: Because of the coconut oil, these caramels can melt quickly. Keep them refrigerated or in a cool area — and don’t carry them in your pocket or mail them during warm seasons. They’re quite chewy straight out of the fridge, and are at their prime after being set out at room temperature for about 10 minutes.

With their delightful complexity and tempting whisper of smoky spice, these candies offer the depth and richness of traditional caramels in a surprisingly vegan form. The parade of coconut adds both a layer of creamy flavor and a tropical trace, with the full-bodied coconut sugar in luscious balance with the warmth of smoked paprika. Salty, sweet, and scrumptious, smoky coconut caramels are sure to hit all the right spots. 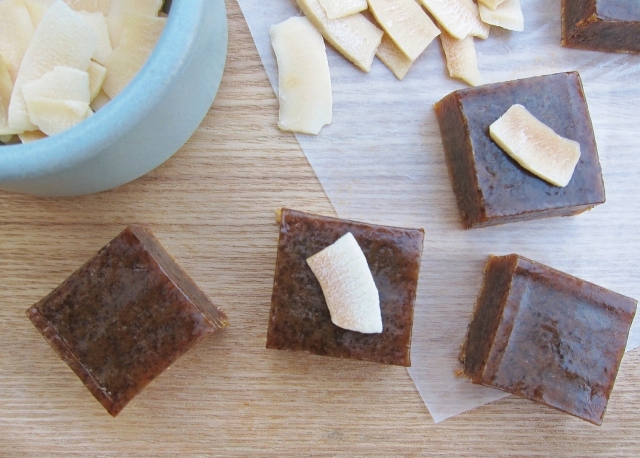 Maybe next time… I find toasted coconut chips incredibly (dangerously!) delicious, but they’re an optional element of this recipe if you’d rather skip them. For an extra decadent treat, dip the chilled, cut caramels in melted chocolate, then re-chill until chocolate gets hard. [If you wish, choose a vegan chocolate (many dark chocolates are naturally so).]