Posted on September 15, 2014 by ButterSugarFlowers

Other than their occasional presence in tea and jam, rosehips haven’t surfaced much in my life. I suppose they’ve been overshadowed by the ubiquitous flowers of the same plant: roses, which have an entirely different scent and flavor than the fruit we call their hips.  I admit I still haven’t tasted a fresh rosehip (only because I haven’t come across any), but I’ve now tried dried rosehips in both whole and powdered form. Earthy and subtly tangy, their flavor brought to mind the wholemeal taste of graham crackers or digestive biscuits — both of which I’ve long found addicting and wondrously versatile.  But for some reason I’d never endeavored to make my own at home.  Until now.

Not surprisingly, homemade graham crackers taste far better than store-bought, even if I have some nostalgia for the latter.  Since whole dried rosehips are very hard, I chose rosehip powder (available at health food stores or herb shops like this one) and sifted it into an eggless dough made with butter, honey and brown sugar.  The addition of rosehips proved to bring a welcome flavor that made for a perfectly balanced cookie.  I decided on coin-sized treats that would not only be adorable but also easy to toss over ice cream, cover with milk, or snack on like popcorn. The recipe yields over 7 dozen cookies, but with their tiny size and delectable flavor, they are sure to disappear fast.

Beat together the butter, brown sugar and honey until smooth and even. Sift remaining ingredients over the butter mixture, and beat until an even, thick dough has formed, and all ingredients are incorporated.  Cover the dough with plastic or waxed paper, and chill for at least 30 minutes. (At this point you may refrigerate it up to 2 days, or freeze it for a few weeks — but if doing so, wrap it more tightly and seal in a container with a lid.)

While the dough chills, preheat oven to 350 F.  Line baking sheets with parchment paper; set aside.  Lightly dust a flat work surface with flour, as well as a thin spatula, a rolling pin, and a 1.25″ round cookie cutter (or makeshift cookie cutter, such as the lid of a bottle, or the large end of a jumbo piping tip, like I used).  Once the dough has chilled, roll out about a third or a half of it, into an even, flat slab that’s 1/8″ thick.  Cut circles out of the dough and transfer them with the floured spatula onto the parchment-lined cookie sheets, leaving about 1/2″ between cookies. Re-roll scraps and repeat with remaining dough until all dough has been used, re-flouring surface and equipment as needed. 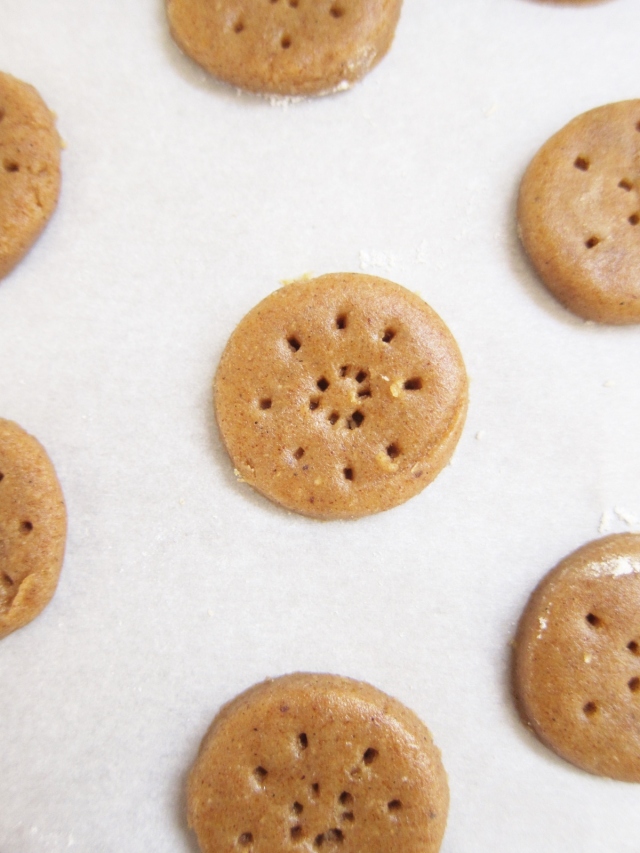 Pierce the cookies with the prongs a fork to make an asterisk of indentations on each one, but don’t push all the way through.  Bake, one cookie sheet at a time, for about 8 minutes. (Watch carefully and start checking at the 6 minute mark; with their petite size, they can burn fast.)  Remove from oven and let cookies sit on hot cookie sheets for 10 minutes before attempting to move or eat.  Let cool completely to room temperature, then store tightly covered at room temperature if not eating right away. 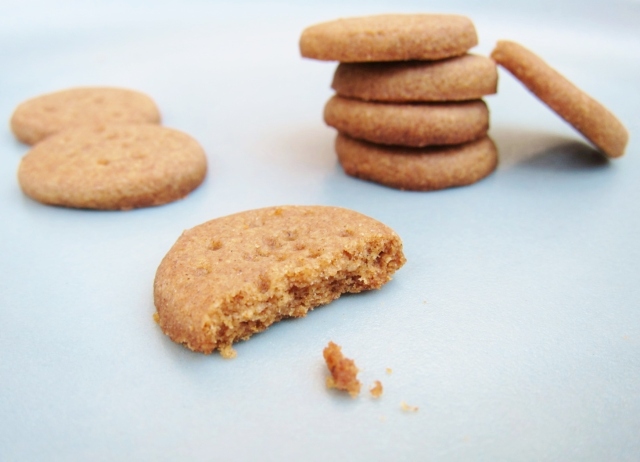 When homemade honey grahams meet the unexpected but delectable flavor of rosehips, delicious things happen.  The rosehips bring a perfect bit of earthiness that’s almost herbal-tasting, along with a faint whisper of tartness reminiscent of fresh sourdough bread. Crisp and buttery, rosehip graham crackers are so tasty, light and small, they’re simply addictive.  Enjoy a bowl of them on their own, alongside coffee or tea, or any way you’ve eaten graham crackers (pie or cheesecake crust, anyone?).  What’s more: rosehips are known for their many health benefits, while graham crackers come with their own interesting history of goodness.  Not that you needed an excuse.

Maybe next time… For a familiar and classic graham cracker taste, add 1/2 teaspoon ground cinnamon to the dough, or sprinkle the cookies with cinnamon and sugar just before baking.  (But note that cinnamon can be overpowering and too much could overshadow the rosehip flavor.)  Similarly, a bit of ground cardamom would make a lovely addition to these cookies.  If you don’t want to deal with cutting the cookies into circles, you could slice the rolled dough into a 1.25″ grid for mini graham squares. Whatever the shape, these little cookies make the cutest little ice cream sandwiches; just place a tablespoon of ice cream in between two cookies and freeze. 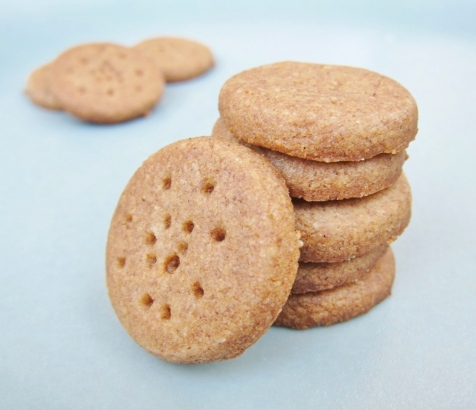